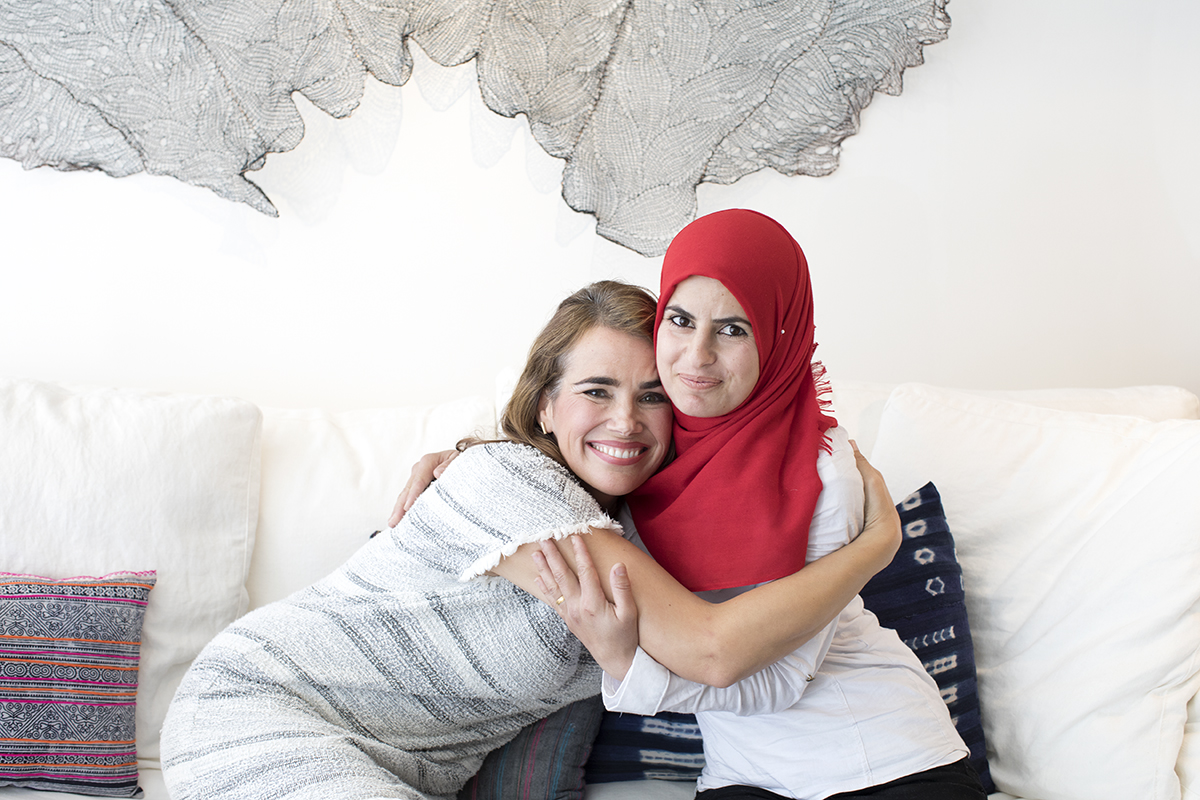 Ami McKay, interior designer and principal of local firm Pure Design Inc., has launched a philanthropic line of pillows—one that’s sure to appeal to Vancouverites looking for a way to give back.

Dubbed the #PURE❤SyriaCollection, the series of one-of-a-kind cushions is sewn by Salma Mohammad, a Syrian woman who landed in Vancouver with her family in March after being displaced from her home country last year. They’re crafted from an assortment of vintage, new, and repurposed fabrics—many of them decorated with bright pops of colour—that McKay and a friend have collected from around the world over the years. 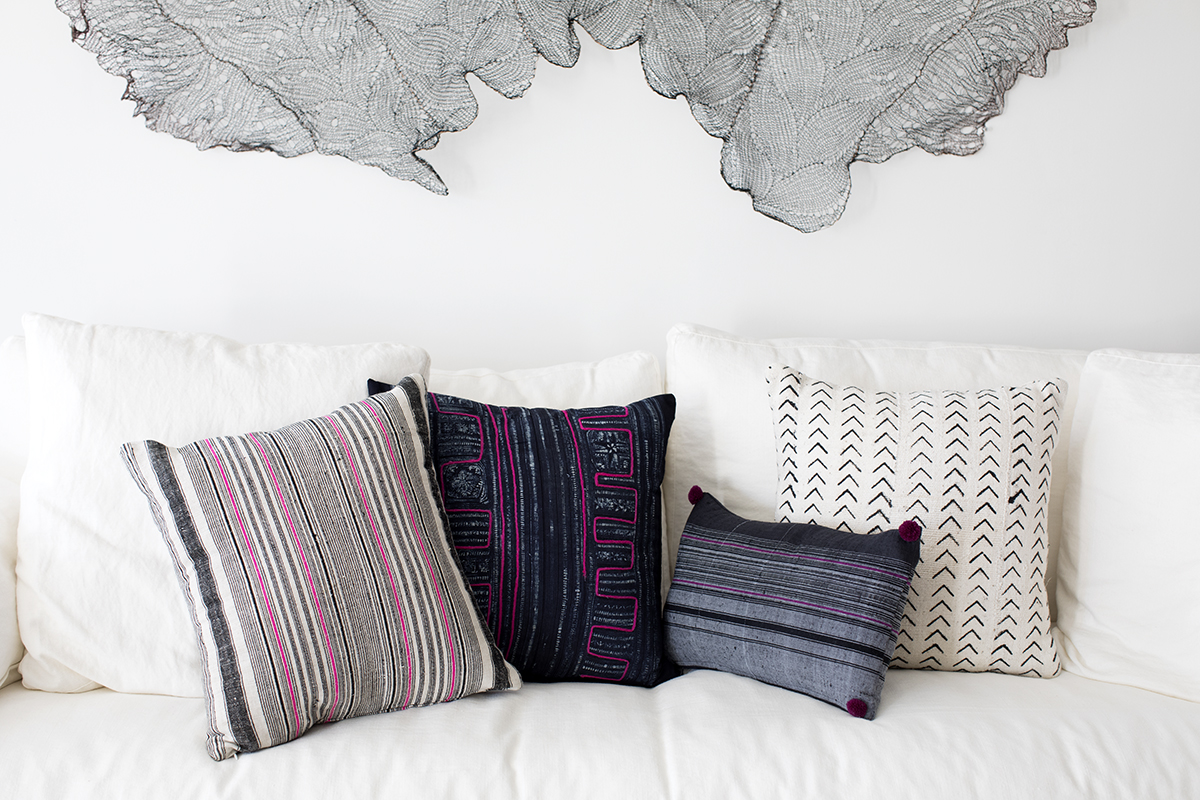 Some pillows use mud cloth or re-dyed baby carriers, for example, while others are crafted from hand-woven fabrics hailing from Thailand and Laos. Available in a limited run, the décor pieces retail from $150 each with a portion of proceeds going directly to Mohammad, her husband, and their three young kids.

“This is something that she can do that she enjoys and that allows her to be at home with her little ones.”

The collaboration came about when McKay, who decided to privately sponsor a Syrian family with a group of friends, discovered that Mohammad was a trained tailor in Syria. “When she arrived [in Vancouver], I mentioned to her, ‘Would you be interested in doing a pillow line?’ And she said yes and she got all excited,” recalls McKay. 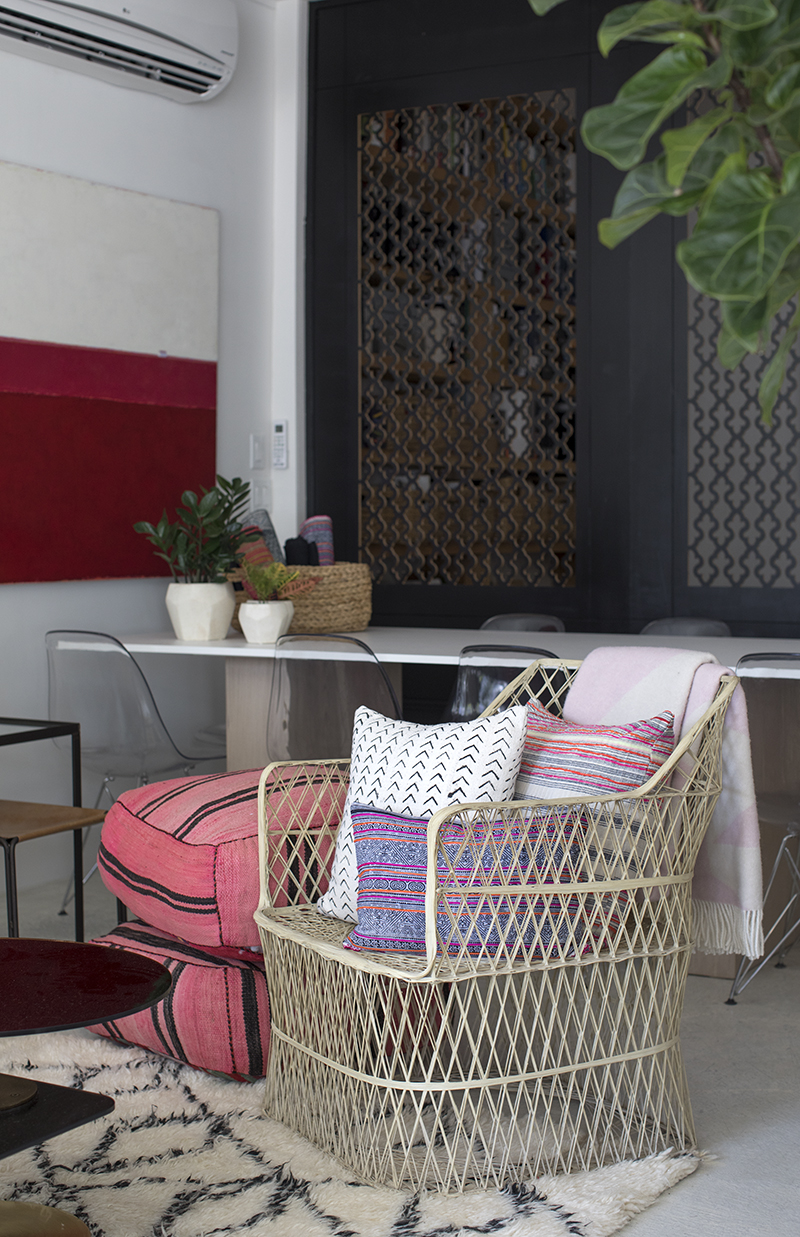 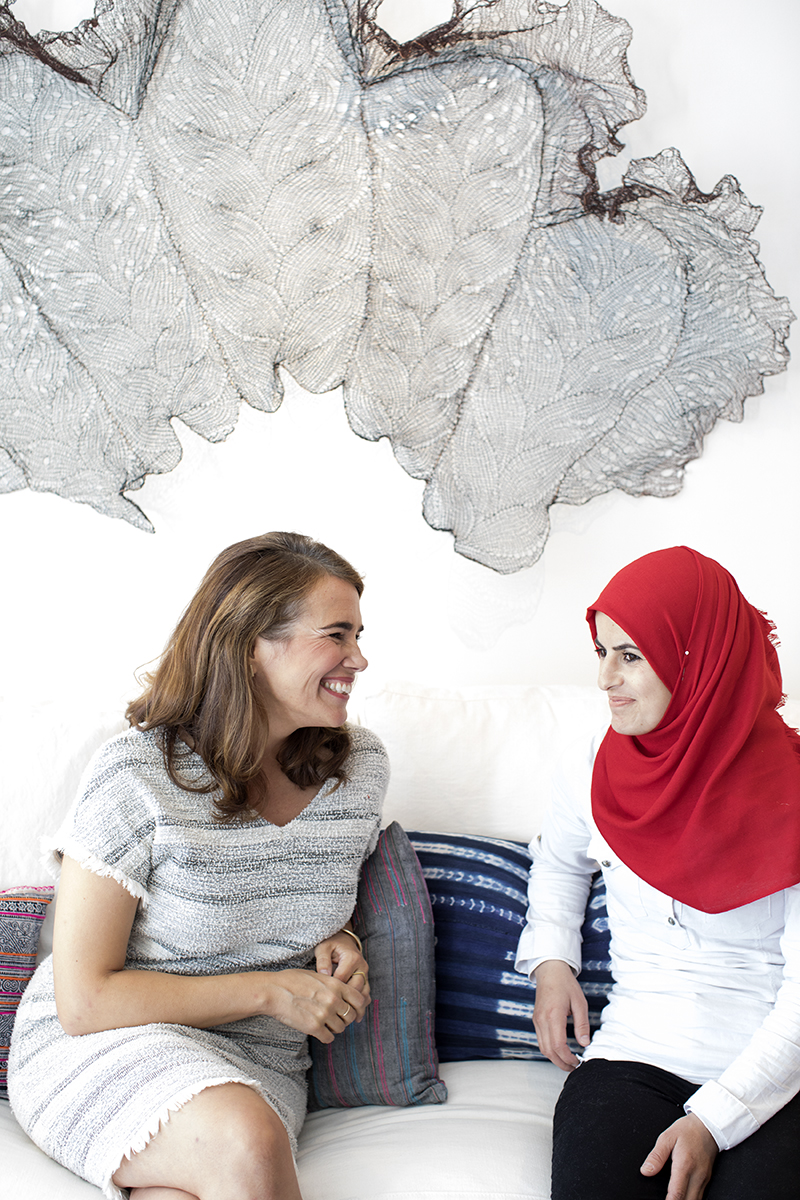 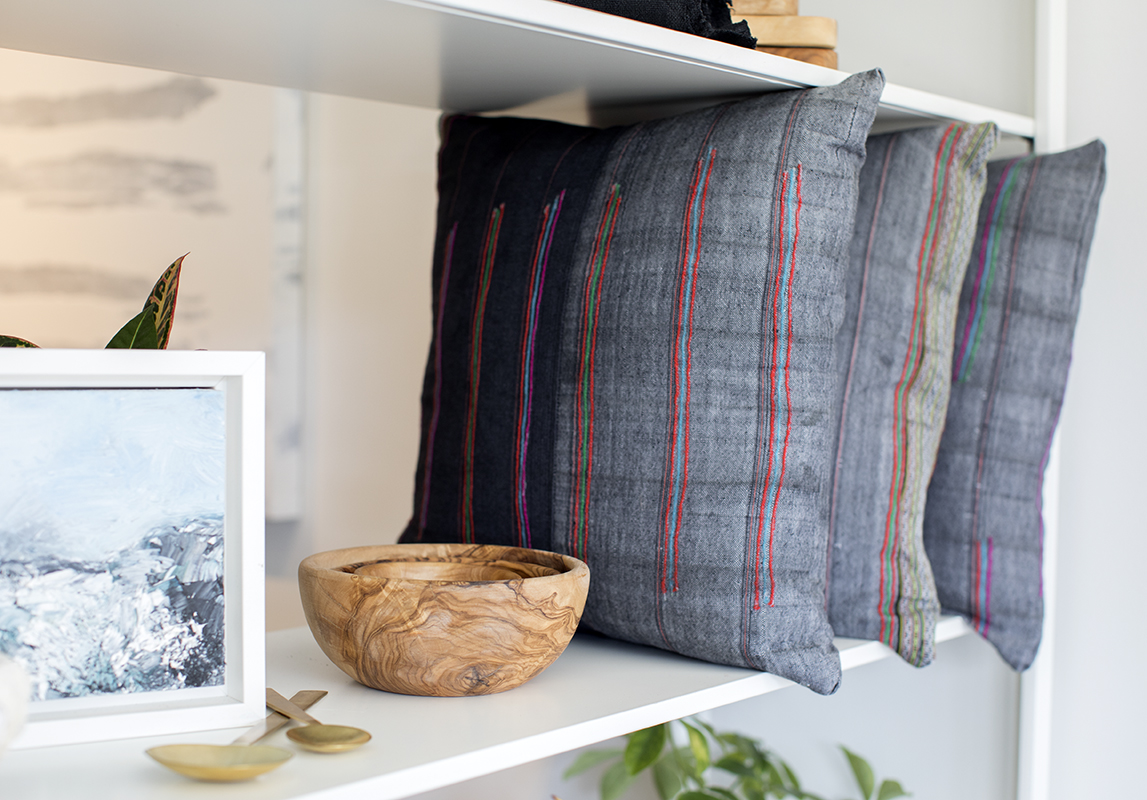 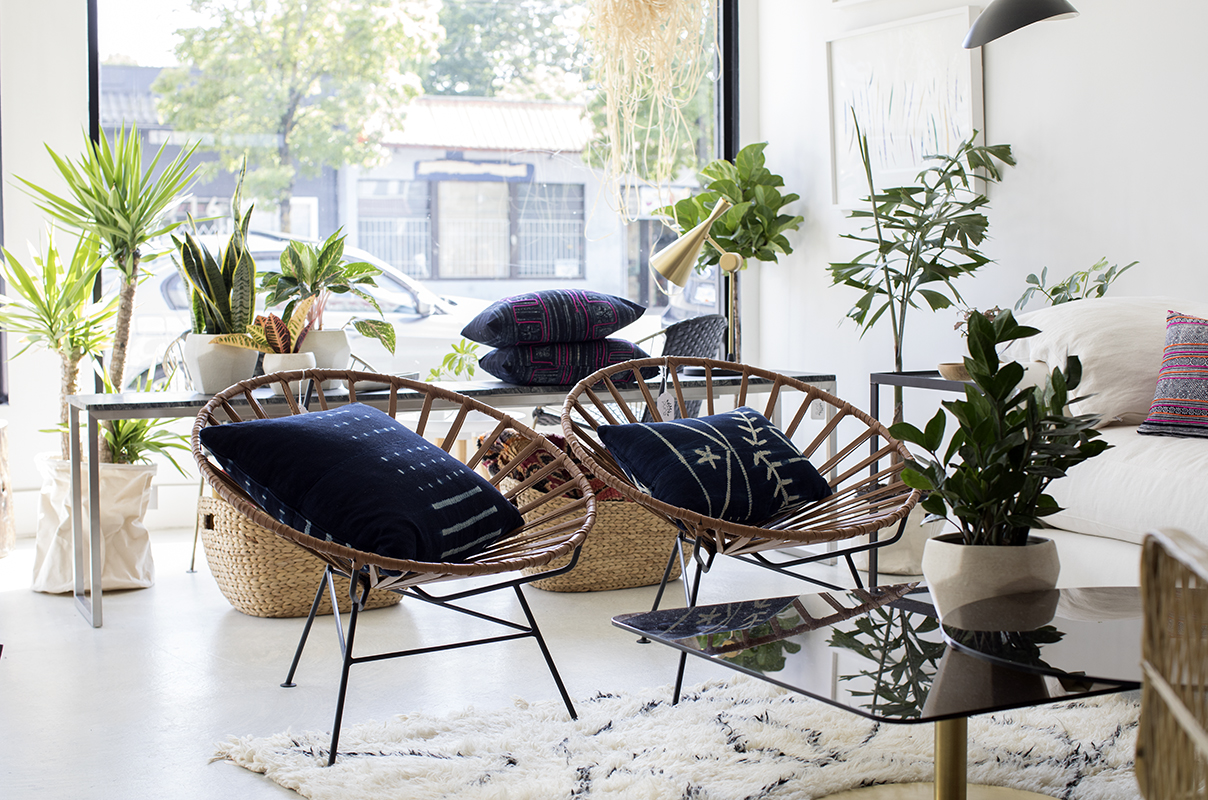 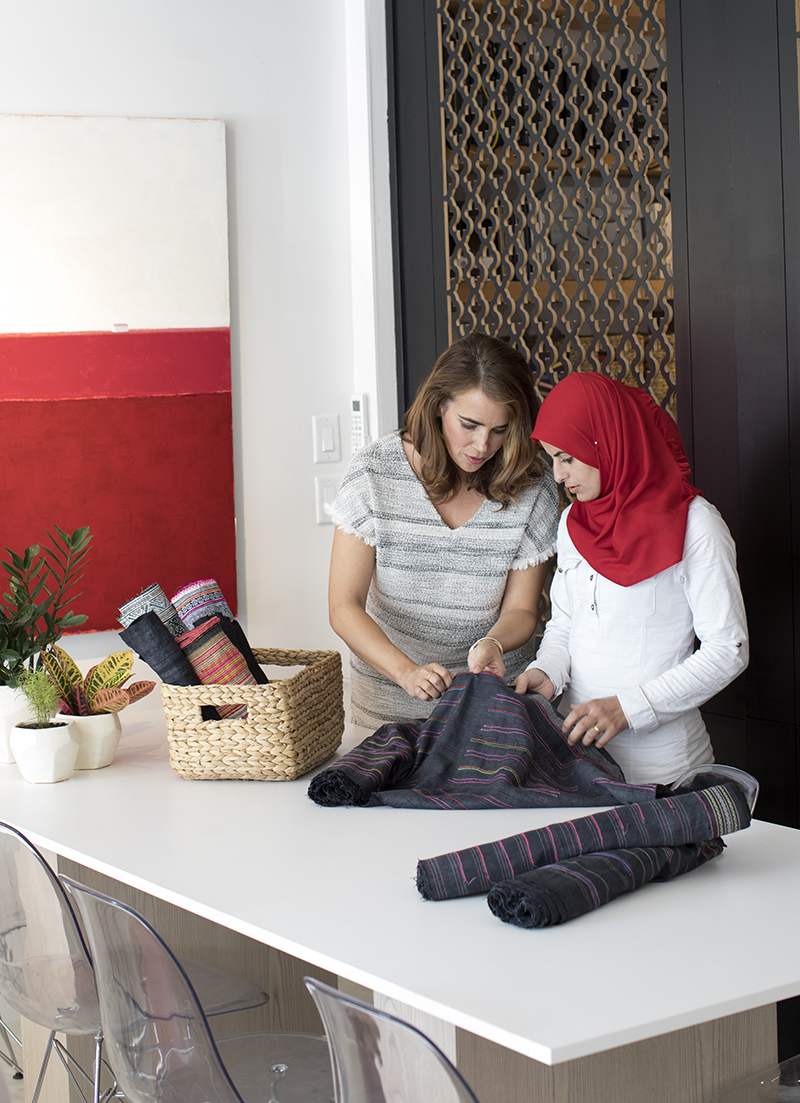 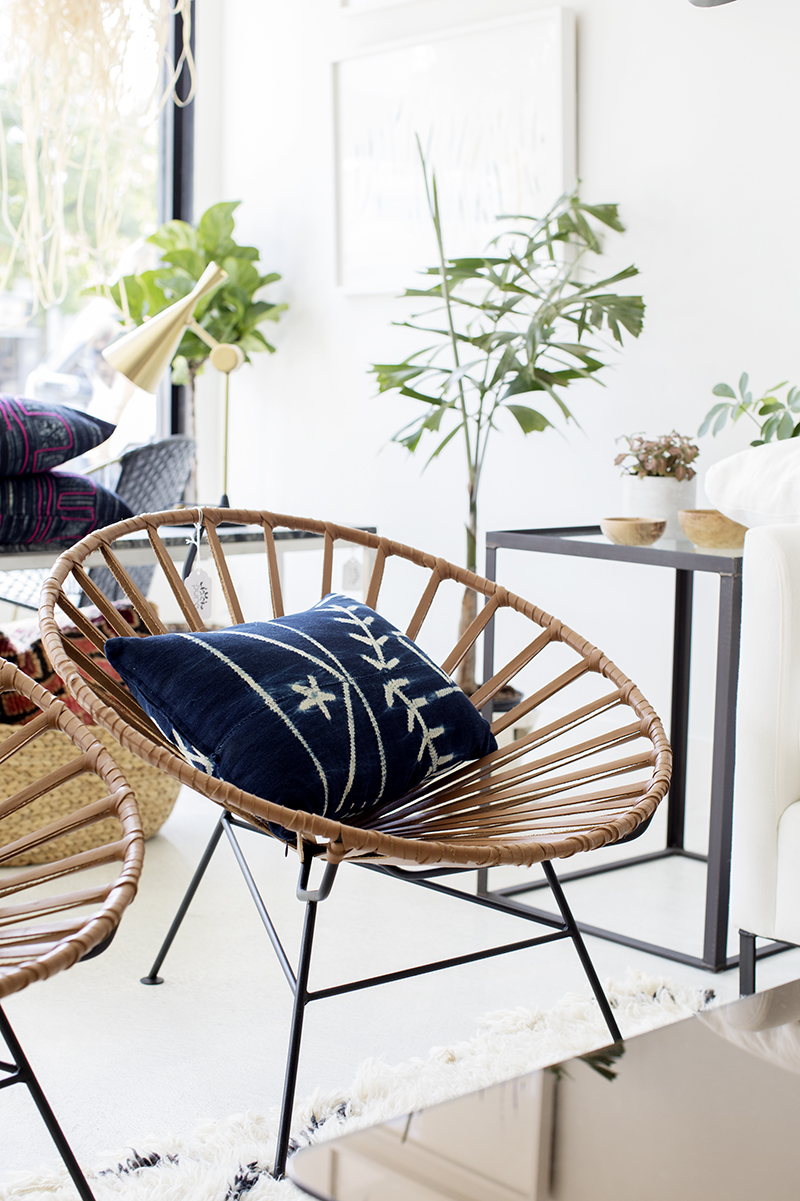 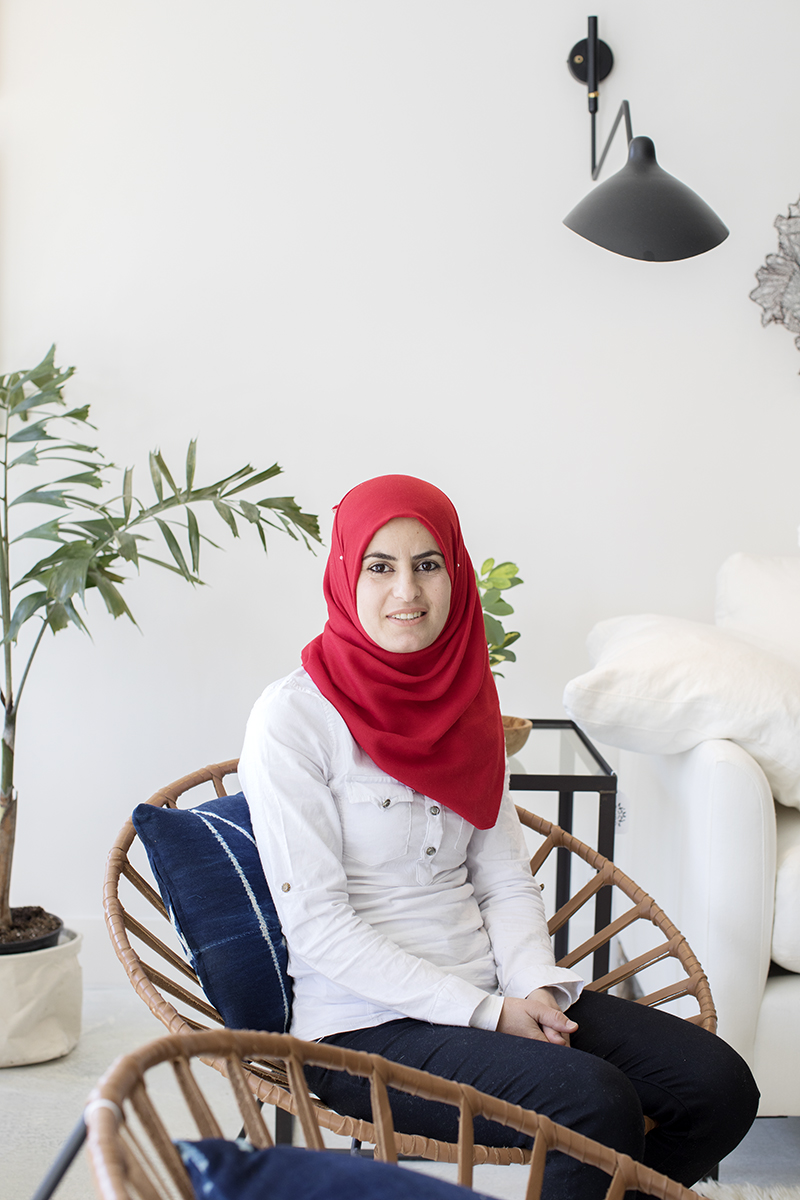 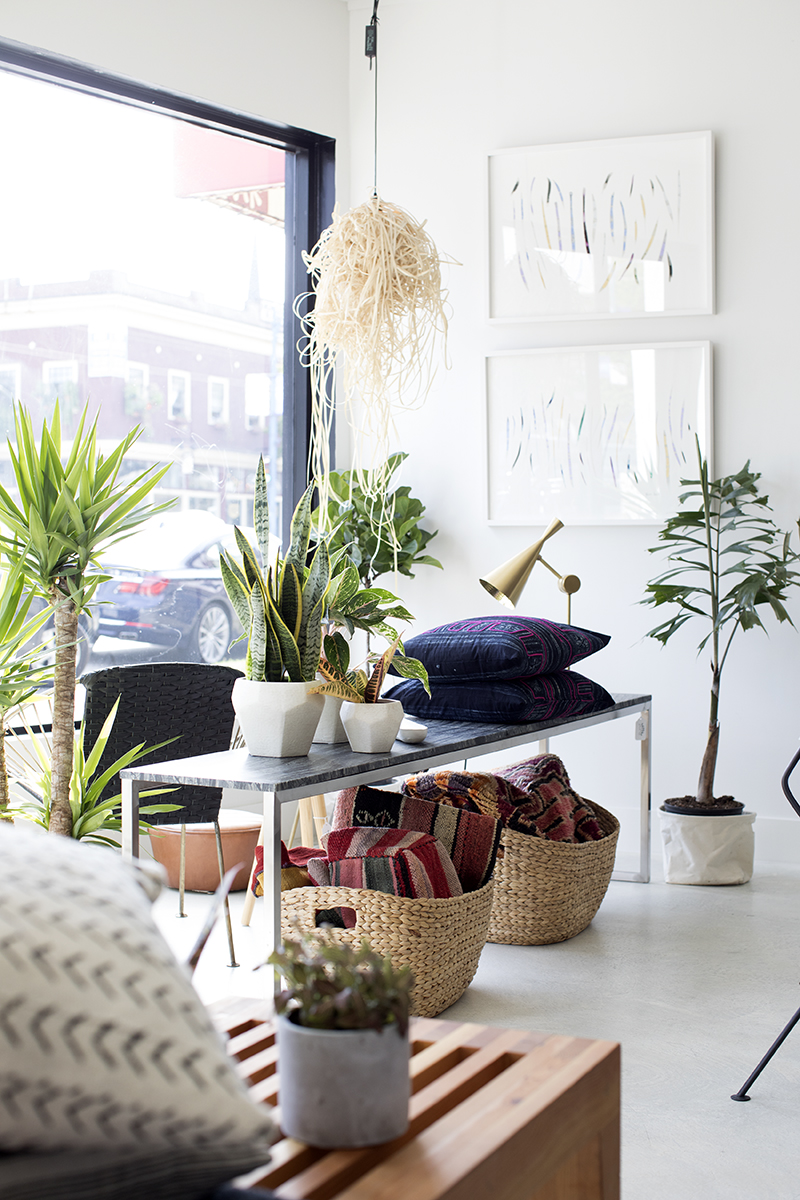 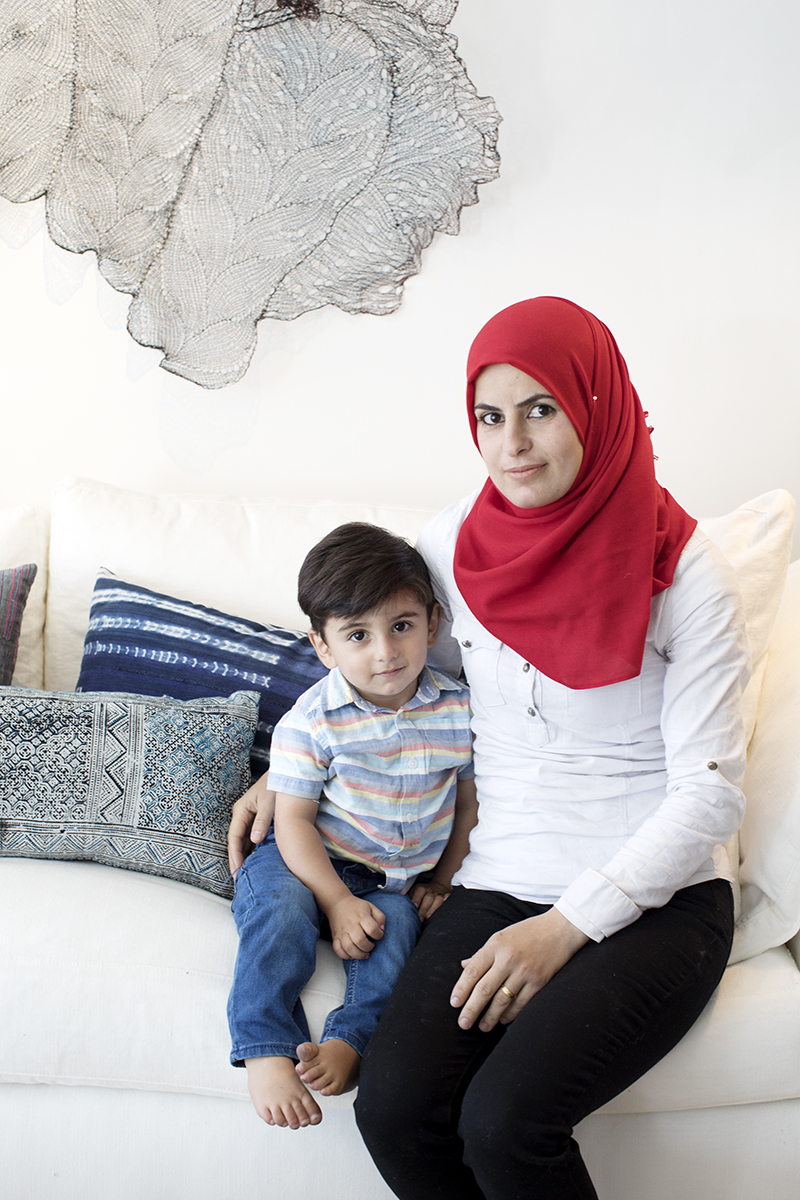 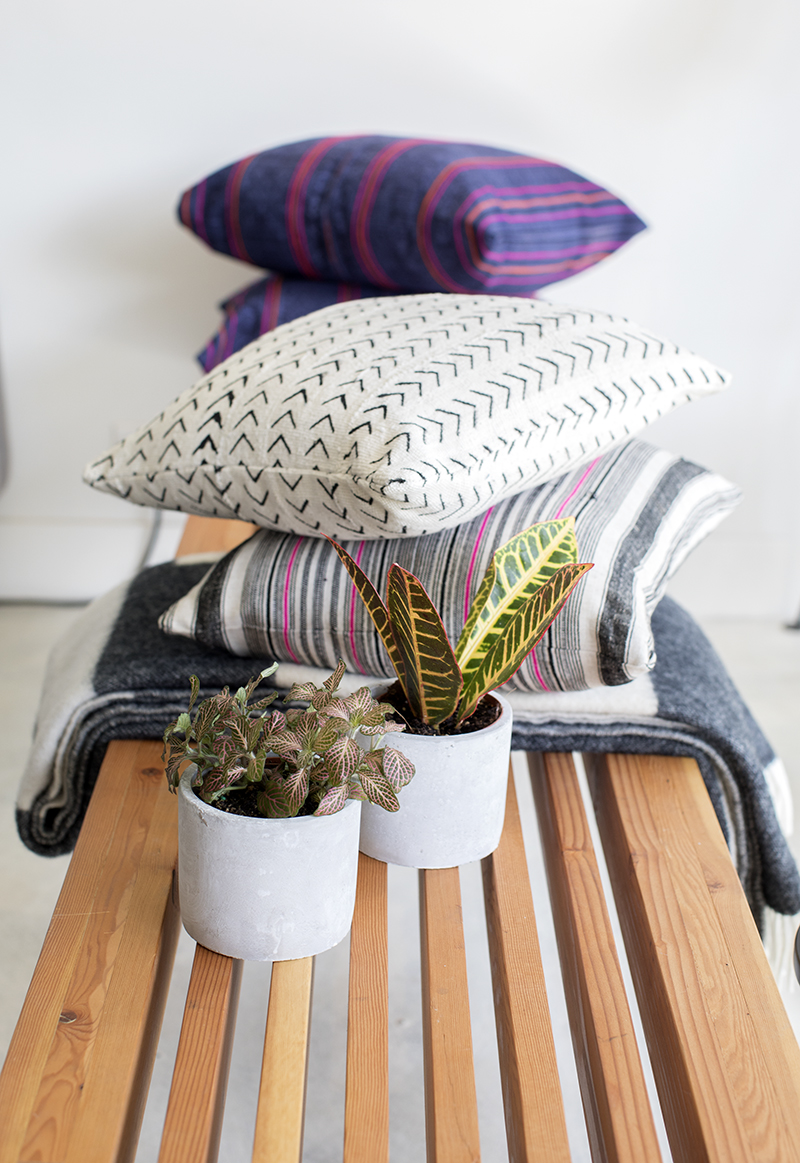 The designer allowed time for Mohammad to get settled with her family in Burnaby before the pair began production. The stay-at-home-mother would sew the pillows during her downtime, says McKay, like when her children were occupied or asleep.

Between June and November, Mohammad constructed 24 styles of pillows while attending English-language classes and caring for her family. Many of the cushions are adorned with pompoms, stripes, or shibori-like patterns that fit perfectly with McKay’s fresh, collected aesthetic.

During that time, McKay and her friends were able to successfully bring Mohammad’s brother and sister to Canada, too, reuniting the siblings and their respective families for the first time in many years. She’s also got to know Mohammad quite well.

“I love her; I call her my sister,” the designer says. “She’s quick and funny.”

McKay hopes to continue the #PURE❤SyriaCollection with Mohammad into the New Year, producing new pieces, ideally, with other women refugees. For now, you can shop the series online and at the Pure Design studio in East Vancouver (711 East Hastings Street) while quantities last. 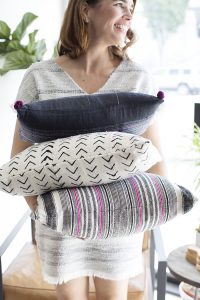 This article “ Local designer launches philanthropic line of pillows handmade by Syrian refugee” was originally featured in The Georgia Straight in December 2017. It is a free Canadian weekly Vancouver news and the premier guide for events, music, arts, movies, restaurants, food, dining, nightlife, and things to do in Vancouver, BC, Canada, by the Vancouver Free Press Publishing Corp.

If you have a project you'd like to discuss ...

We’d love to chat, drop us a line –  hello@purebyamimckay.com 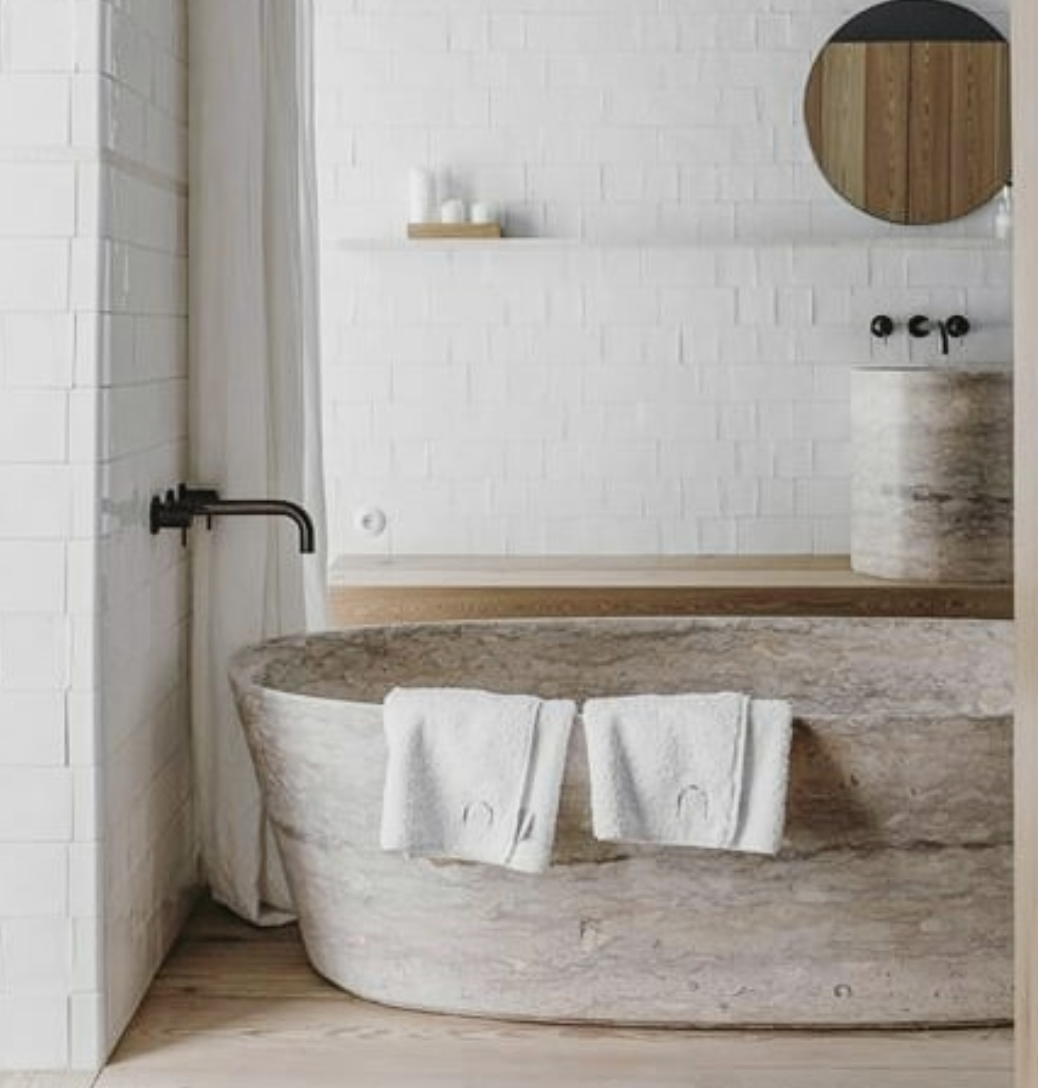 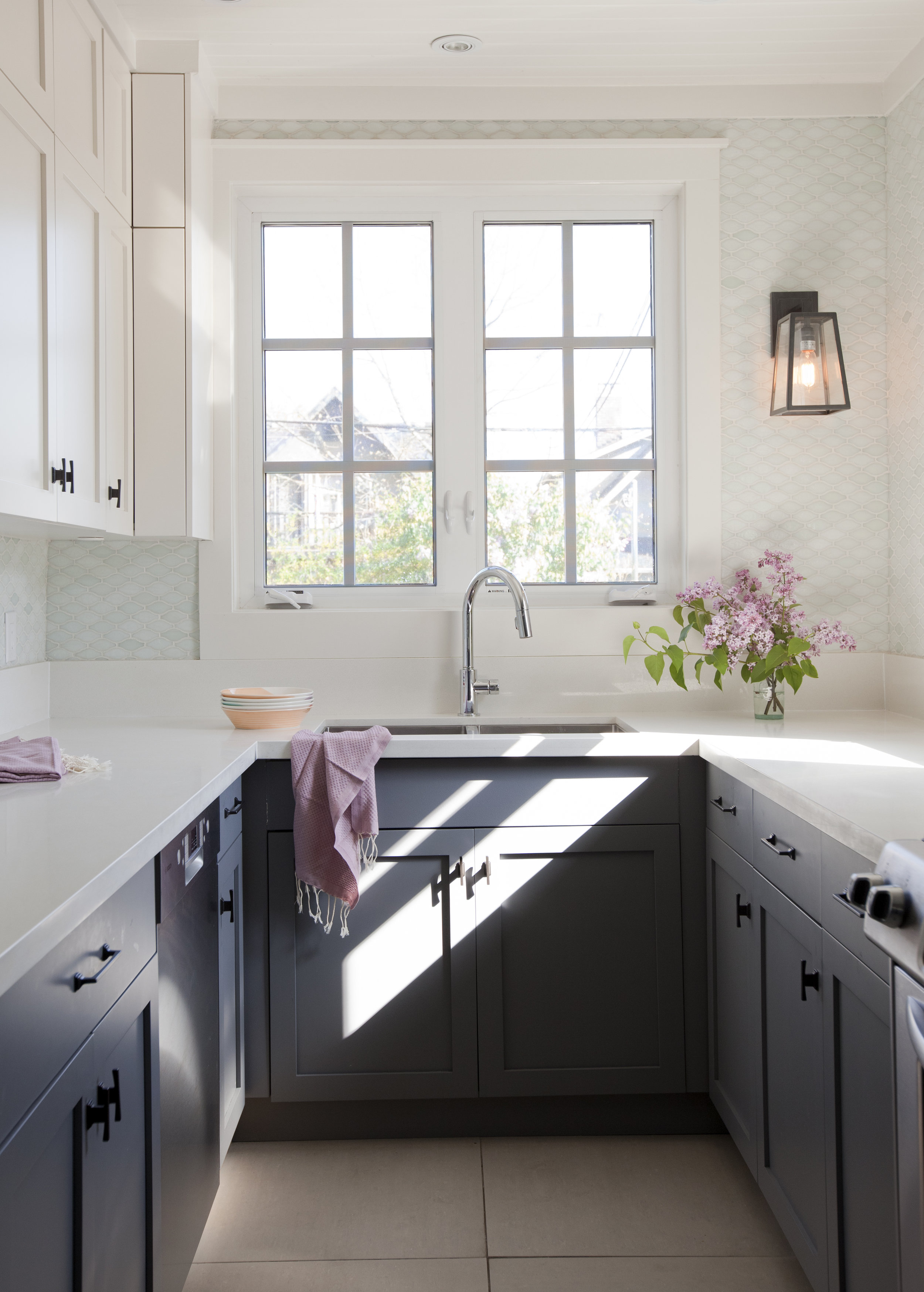 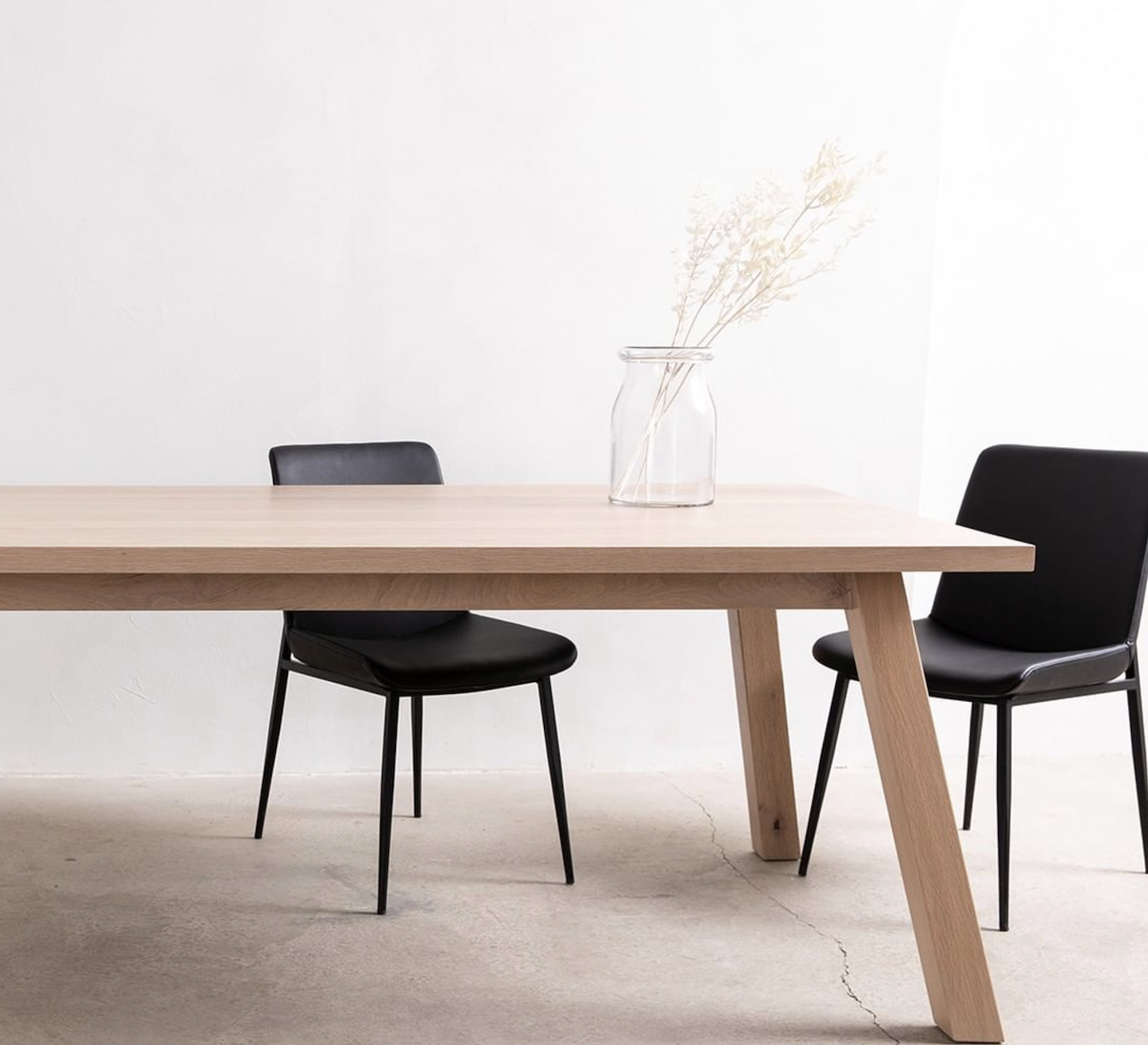 Vancouver Strong: How to Shop Local for Your Next Interior Design Project 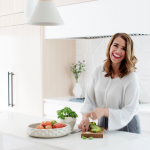 Ami McKay, Principal of Pure Design believes the foundation of great design is found in the art of giving. Giving of oneself to the process of creating a home that her clients can live their best lives. The work of her award winning design team has been recognized internationally for their design of mid to high end interiors.

No posts were found.